Bringing Blog articles we find that are of interest. SamSam Is More than a Computer Virus I think by now most people understand just how dangerous ransomware is. Even with some of the ridiculous names they have like Gandcrab, Jigsaw, and WannaCry. Hell, two strains even have names from the James Bond canon: LeChiffre and GoldenEye. But one funny-named strain of ransomware, SamSam, has been devastating information systems for sometime, and has caught the eye of several U.S. law enforcement agencies.

The Federal Bureau of Investigation and the Department of Homeland Security have issued alerts for SamSam, also known as MSIL/Samas.A. Issued on December 3, 2018, the alert suggests that there is an ongoing attack in progress that is targeting critical infrastructure. This is after the masterminds behind the attacks, Faramarz Shahi Savandi and Mohammed Mahdi Shah Mansouri were indicted by a Federal grand jury in New Jersey for their role in the SamSam attacks that affected the Colorado Department of Transportation in February of 2018.

The two men, who are Iranian nationals, are known to have perpetrated dozens of attacks. Some of the most notable are the hijacking of 3,800 municipal computers in Atlanta in March of 2018, an attack on the Port of San Diego in September, and over 2,000 other attacks. In all the pair are known to have extorted more than $6 million in cryptocurrency payments over that time.

What is SamSam?
Targeting specific industries and companies, the developers behind the SamSam ransomware, have a strategy. SamSam isn’t one of those readily-available ransomware strains that anyone can find and use. This one is engineered for a purpose and is altered as tools are developed to defeat it; making it one of the most dangerous threats ever developed. What’s more, that the indictments of these individuals are likely fruitless as the United States hold no extradition agreement with the Islamic Republic of Iran. This means that it’s very unlikely these men, seen as criminals in the west, will even be apprehended in their home country.

What Can You Do?
Unfortunately there isn’t much you can do if your organization is targeted by SamSam hackers other than continue to diligently prioritize best security practices. If your practices protect you against all other malware, keep doing what you are doing. The SamSam ransomware is typically deployed as an executable attachment or via brute force attack on a computer’s Remote Desktop Protocol (RDP). So, while you can lock down your RDP, you need to have a dedicated strategy that:

If you are interested in knowing more about SamSam and how to stop it, contact BEI today at (844) BIZ-EDGE.

Provider of technical wisdom learned, and gathered, with over 27 years of solving business problems with technology, and common sense approach to delivering IT services.

More posts from author
Friday, April 02, 2021 Data Backup Protects Everything You’ve Built
Wednesday, March 31, 2021 Tip of the Week: Selecting the Right Productivity Suite
Monday, March 29, 2021 Why It Pays Off to Audit Your IT

By accepting you will be accessing a service provided by a third-party external to https://www.biz-edge.com/ 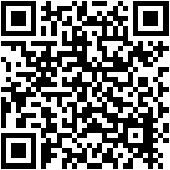