BizEdge, founded in 1991, with offices in Ohio and Florida has provided IT services such as strategic planning, outsourcing, security assessment, remediation, technical services, projects and service desk both nationally and internationally.
Font size: + –
Subscribe to this blog post
Print
Bookmark

Are You Prepared for Cyber Threats? Many Businesses Aren’t With so many breaches showing up in the headlines and their impact being felt across the world, one would think that businesses of all sizes would do more to protect their data against cybersecurity threats. A recent study has shown that this is unfortunately not the case.

A Shocking Statistic
The study, backed by Microsoft, examined 1,300 businesses in the United States that employed fewer than 200 people. While this study covered numerous trends projected for 2018, it revealed a troubling attitude toward cybersecurity.

Despite the study finding that 43 percent of the attacks that happen to businesses fell into this size range, half of the businesses surveyed weren’t concerned about the risk of a data breach. Even worse, 25 percent claimed to be doing nothing to protect themselves and their business.

Why This is Important
Imagine, for a moment, that you owned a massive corporation with billions worth of assets. You would make sure that those billions were well protected, wouldn’t you? Now put yourself in the shoes of a cybercriminal. If you had the option of working really hard to make billions off of one big score, or having a fairly easy time stealing from thousands of smaller businesses to form your nest egg, which approach would you take?

The second option is why any smaller business that operates unprotected under the assumption that a cybercriminal will focus their attention on the big targets is at an increased risk of being victimized by a cyberattack.

Furthermore, there are many means for a cybercriminal to attack indiscriminately. A botnet, for instance, will attack smaller entities to build itself up in preparation for its primary target, and a spam email campaign that contains a nasty ransomware package is typically sent to more than one recipient.

This outlines what is likely the reasoning that these businesses fall back on to support their ill-preparedness, and why it is a fallacy. Many comparatively smaller businesses assume that cybercriminals will have no interest in them, due to their size, and neglect their security measures as a result.

Keeping Yourself Safe
The means of protecting yourself against many cyberattacks are relatively simple: you just need to have the right software installed--like antivirus and firewalls--to keep most threats at bay, along with the ability to identify and avoid a disguised threat that sneaks through.

BizEdge can help you make sure that you have these measures in place, and can monitor your systems to catch anything that slips past. If you’d rather be part of the 75 percent than part of the 25 percent, give us a call at 844-BIZ-EDGE. 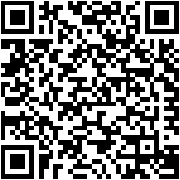